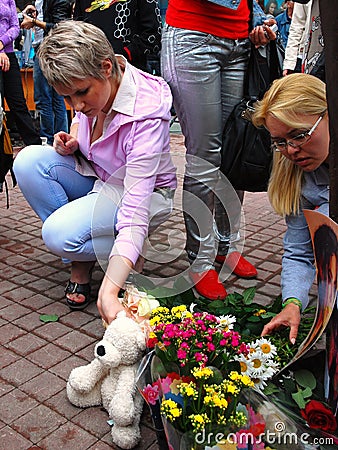 Memorial to Wojciech Boguslawski in Warsaw

Just before the ceremony of unveiling the monument the victims of a plane crash near Smolensk.

PRAGUE, CZECH REPUBLIC - MAY 2017: wax statue of the Dalai Lama monument in the wax statue museum in the Czech Republic in the cap

A monument to the iconic figures of the Polish animation of Bolek and Lolek.