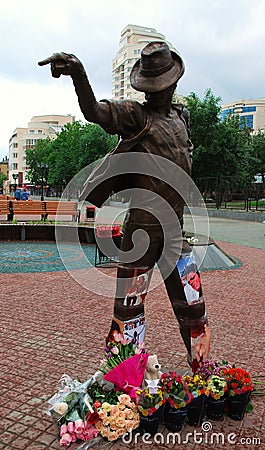 Monument of Peter the Great in front of the St. Michael`s Castle

Monument to Peter I and Saint Michael`s Castle in Saint Petersburg, Russia

Monument to Peter I and Saint Michael`s Castle in Saint Petersburg, Russia

Ekaterinburg, Russia, monument to Michael Jackson in the city street. Video. Bronze statue of a famous singer on the

View of the monument to N.S. Leskov and the Cathedral of Michael the Archangel. Orel city.